In Their Own Words: Using Open-Ended Assessment to Identify Culturally Relevant Concerns among Kenyan Adolescents

Transforming mental health for all 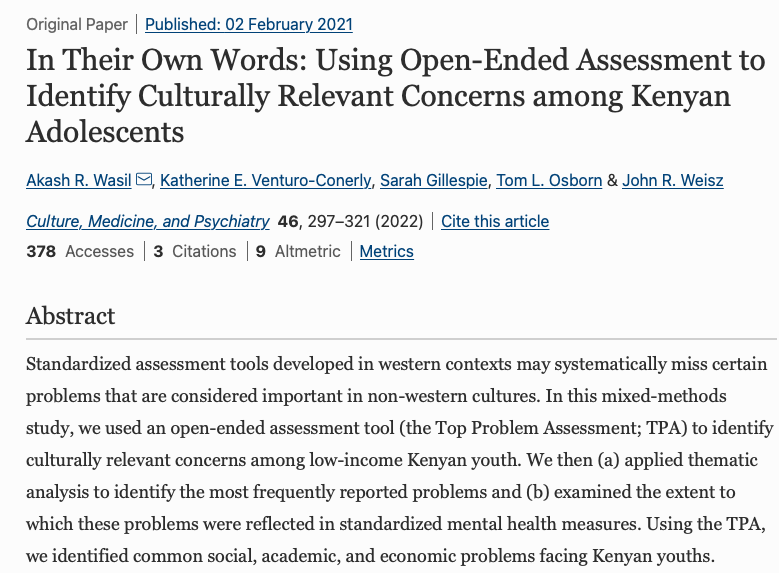